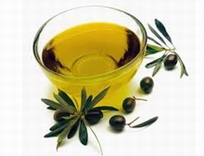 For many years Greece was know as one of the world's most important exporters of olive oil and Corfu is no exception., some olive trees are known to live for thousands of years.
Olives in Corfu are harvested from November until April which is usually six to eight months after their spring blossoms appear. They require a very warm temperature and therefore Corfu is an ideal place to grow olive trees, with long hot summers and mild winters. Corfu is the only place in Greece where the olives are left to fall naturally from the trees into nets when ready or are helped by wind and rain.
There are over 700 different kinds of olives. The colour of the olive depends on its degree of ripeness: green olives have been harvested early whereas olives harvested fully ripe at the end of the season, are black.
It can take up to five kilos of olives to produce one litre of oil. However, it is estimated that there are over three million trees on the island of Corfu, so there is no shortage. Olive oils are graded and judged according to their level of acidity. Extra virgin oil is the produce of cold pressing, a chemical free process and is considered the finest and fruitiest of all.
The health benefits of olive oil are innumerable. Research has shown that olive oil is high in antioxidants and monounsaturated fats, which help to ward off cancer and heart disease. It is also said to be an aphrodisiac! When pure olive oil is produced into soap, it is said to help people suffering with exzema and psoriasis. 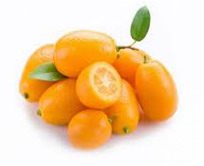 Kumquat in Chinese means "golden orange" and it resembles indeed little, very little oranges. It can be eaten with the skin and its flavour is bittersweet. Kumquats where brought to Corfu by the British (Botanist Sidney Merlin, to be precise) in 1860. It seems the plant liked the Corfiot climateand the people of Corfu liked its taste and aroma. Nowadays, kum quats are mostly grown in northwest Corfu, especially near the village of Nymfes. Kum quat liqueur has become a trademark of Corfu, and it can be found in both the characteristic bright orange and in the, more natural, yellowish colour. But kum quats are also used in cooking and processed into sweets, jam, marmelade and even perfume!

​Surprisingly, one of the best known Corfiot products and another trademark of the island is ginger beer (in Corfiot tsitsibira!). It was introduced by the British and became very popular with the locals. So popular that when the British left, they went on making their own tsitsibira! It's very refreshing and has a unique taste.